ABOUT THE MOUNTAIN WEATHER INFORMATION SERVICE

Our dedicated team of professional meteorologists with experience in mountaineering produce forecasts for 10 UK mountain areas 365 days a year. 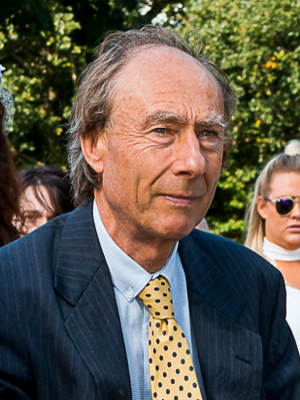 Geoff has been fascinated with the weather for as long as he can remember, and after graduating in meteorology at the University of Reading in 1973, worked for the Met Office for 25 years. Periods in research were focussed on improving weather forecasting, primarily local variations in rainfall and cloud, mostly due to the complex coastline of Britain and Ireland. He also did stints forecasting at several locations in the UK, and abroad in Gibraltar and the Falkland Islands.

In 1999, Geoff moved to Galloway, having been invited to run what was originally 'Weather Watchers', a private weather forecasting company, now under the name Geoff Monk and Associates. It was in 2002 when Geoff renewed an interest in local weather, this time concentrating on the mountains, developing what became the Mountain Weather Information Service.

Geoff is passionate about teaching meteorology. Once a year, he lectures to science graduates at an annual field course on Arran, run by the National Centre for Atmospheric Science. He has also trained several student meteorologists over the years in mountain weather.

His life-long interest in mountains was sparked by a school day trip to the Langdales. Now into his 60s, Geoff continues to enjoy the mountains all over Scotland whenever he gets the chance. 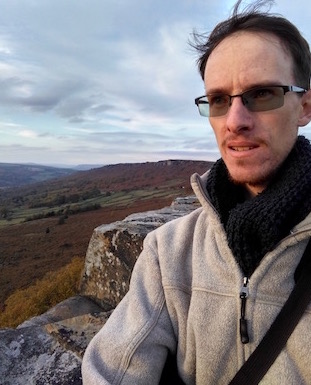 Garry has been working for MWIS since 2013 and is now one of the most active forecasters. He also manages ongoing projects and development for MWIS, and produces the popular 'Planning Outlook' video forecasts and social media content.

Garry has an MSc in Applied Meteorology and Climatology and a BA (Hons) in Geography and Broadcast Media.

Born and raised in rural Derbyshire, on the doorstep of the Peak District, Garry has always had an affinity for the great outdoors. Favourite stomping grounds include the rugged gritstone edges of the Dark Peak, the wide open landscapes of the Yorkshire Dales and in more recent years bagging the classic fells of the Lake District, combined with regular trips to the Scottish Highlands.

Garry is a student of weather history, and loves to delve into the archives to uncover the ever-changing nature of the great British weather through the decades, analysing how various cycles and patterns combine to give differences over time.

When he's not on the mountains, Garry is an extremely fair weather golfer, so an accurate weather forecast is a must! He also enjoys landscape photography, and is always looking for a spectacular view, plus interesting skies!

Calum's passion for the weather was initially ignited at a very young age when he experienced his first memorable snowfall in Fort William and was amazed by the way it transformed the landscape and his immediate surroundings. He would also gaze up to Ben Nevis from his bedroom window, totally absorbed by its ever-changing weather conditions. This passion led to Calum leaving his homeland and moving south to the University of Reading where he studied Meteorology.

After graduating with a BSc in Meteorology in 2010, Calum did work-experience with MWIS during 2011 where he learned how to put his meteorology theory into practice and also was taught a vast amount about the local weather of the British Isles. He then moved back down south to sunny Devon to work for the Met Office for 5 years.

In 2016 Calum moved back to Scotland to pursue another burning ambition; to learn Scottish Gaelic. Calum resumed working for MWIS in the summer of 2017 and is now one of the principal forecasters.

In his spare time, Calum plays the bagpipes and the button box accordion and has started to learn a few Gaelic songs too! He also likes to play golf where he is exposed to all elements of the weather as well as playing tennis when the opportunity arises. He also tries as much as possible to get out onto the hills; especially around his own local Lochaber area when it is in its full winter coat!

MWIS was set up in 2003 by Geoff Monk, initially as a trial to understand what information was most relevant to mountain users throughout the year to aid their safety and enjoyment when on the hills. It became clear that mountain users wanted detailed (but not overwhelming) levels of information written in language accessible to both professionals and inexperienced mountain users.

Since then, MWIS has gained a loyal following from the mountain community. More forecast areas have been added to the service as a result, with the most recent upgrade to Pennine forecasts in 2019 now taking the total forecast regions to ten.

Since 2007, sportscotland - the national agency for sport in Scotland - has funded MWIS to produce the 5 Scottish forecasts.

MWIS also receives sponsorship from organisations and individuals within the mountain community, which contributes to the running of the website, day-to-day operations, and the production of English & Welsh forecasts.

If you are interested in sponsoring our content, and would like to receive a copy of our media pack and latest advertising offers, please get in touch.

How many people use MWIS?

MWIS forecasts receive over 7 million hits from users every year and continues to see a growing audience.

What are the current/future plans of MWIS?

MWIS is committed to providing a sustainable service into the future that continues to produce detailed, consistent forecasts to aid mountain safety.

In early 2020, MWIS launched a new version of the website, with a new blog and ambassadors scheme. Further additions and developments to the new website are due during 2020, including enhanced app content for both iOS and Android devices, a new mapping tool, and more video content.

In autumn 2019, we launched a series of weather training days entitled 'A Day with MWIS', with many more of these events planned for the year ahead.

We are also continuing to expand the MWIS team and are training new forecasters.