A week-long gathering in Scotland of mountaineers from across the world has been hailed a massive success.

Climbers from Europe, Scandinavia, the Middle East, the Americas and South Korea came as guests of Mountaineering Scotland to pair up with UK climbers and sample the unique character of Scottish winter climbing.

Ice-axe wielding and crampon-shod, they climbed well-known classic ice routes and hard, modern test-pieces – and also notched up six entirely new routes, including one amongst the hardest ever done in Scotland.

Some of the 60-strong group even took part in a mountain rescue, when they witnessed an avalanche on Ben Nevis and abandoned their own climbs to give initial support and First Aid to the victim until the Mountain Rescue Team arrived for the evacuation.

After a week of climbing, sometimes in challenging weather, both guest and host climbers were unanimous in declaring the event a great success, with the guests, most of whom have experience of climbing in the Alps and greater ranges – enthusing about the whole challenge and experience of winter climbing in Scotland.

Stuart Younie, CEO of Mountaineering Scotland, said “Mountaineering Scotland has been delighted to host this event in our 50th year, and to be able to welcome climbers from 22 different countries and all over the UK to enjoy some of the best winter climbing conditions Scotland has seen in many years. It’s been a great opportunity to showcase Scotland on an international stage and many of our international guests have been so enthused about the experience they are already talking about when they are going to come back. Thanks to our partner organisations and to all the volunteers who helped deliver such a fantastic event.”

Organisers had been worried that climbing conditions would be poor, with a relatively warm December and January, but in the week or so before the international guests arrived colder conditions blew in and plastered the cliffs and gullies with snow and ice.

The visiting climbers were teamed up with UK climbers of similar ability and climbed in various mountain areas of Scotland, staying in climbing huts in the Cairngorms, Glen Coe and on Ben Nevis itself. 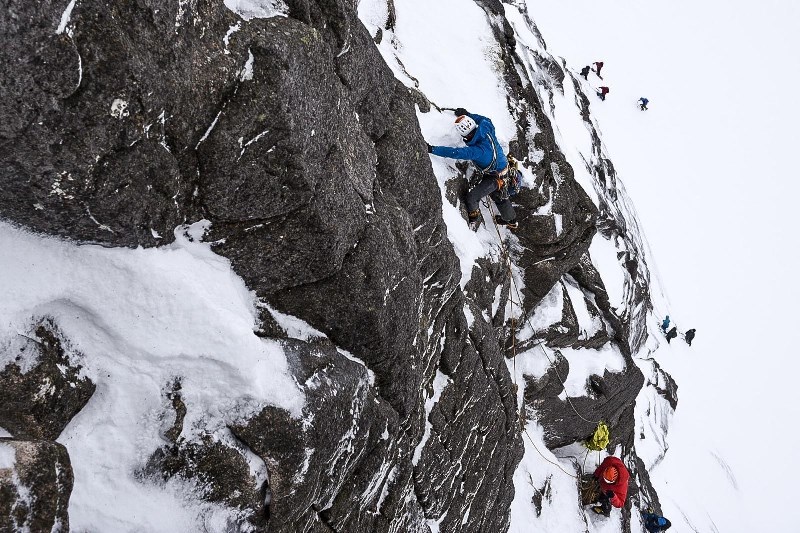