The current easterly weather pattern has seen some subtle yet classic meteorological patterns play out across the British Isles.

One phenomena in this situation is that of 'convergence bands' which results in a train of showers moving into eastern Britain one after another, giving locally near-constant snow, creating some of the enhanced snow depths seen in the past day or so.

The synoptic chart for Tuesday showed this situation. We had a general easterly flow from the southern Baltic across the North Sea and Britain, even out into the Atlantic. As the air moves across southern Scandinavia, there are subtle modifications to the wind fields. This tends to occur particularly around the Skagerrak where the easterly flow aligns closely to the stretch of water north of Denmark.

The result is local convergence of the air as it moves between the landmasses of Denmark and Norway. This funnelling effect encourages some upward movement of air - the 'extra' air has to go somewhere, and up is the only option. This sets off convective processes, and shower clouds form, which then get carried along by the wind over the North Sea. This zone of convergence is highlighted on the chart by the line with dashes on each side. Another similar zone is noted off the north coast of the Netherlands, where again, coastal effects are responsible for triggering converging air.

It's quite a messy process when you look at it on a satellite image however. There are more shower clouds than you might first expect just by looking at the synoptic chart, but the banding mechanisms can be seen, particularly the area starting between Denmark and Norway. This was Tuesday's image, and these bands added to enhanced snowfalls around the Lothians and central Scotland where some substantial additional depths have been seen.

The general array of showers is simply a product of a broadly cold air mass moving over a relatively 'warm' body of water. It is essentially the same as 'Lake-effect' snow which is seen around the Great Lakes in North America, when brutally cold Arctic air moves over those large bodies of water.

There has been just enough instability in these easterly showers to create some soft hail, or 'graupel' which has been seen this week.

Similar clusters of showers approach us from the north or west when air masses originating from Polar regions move towards us during the winter half of the year. Depending on the wind direction, our own coastlines around the Irish Sea create some modification of the wind patterns, creating shower bands which run into Wales or the Midlands - the infamous 'Pembroke Dangler' is one of those clusters, occurring on northerly winds. 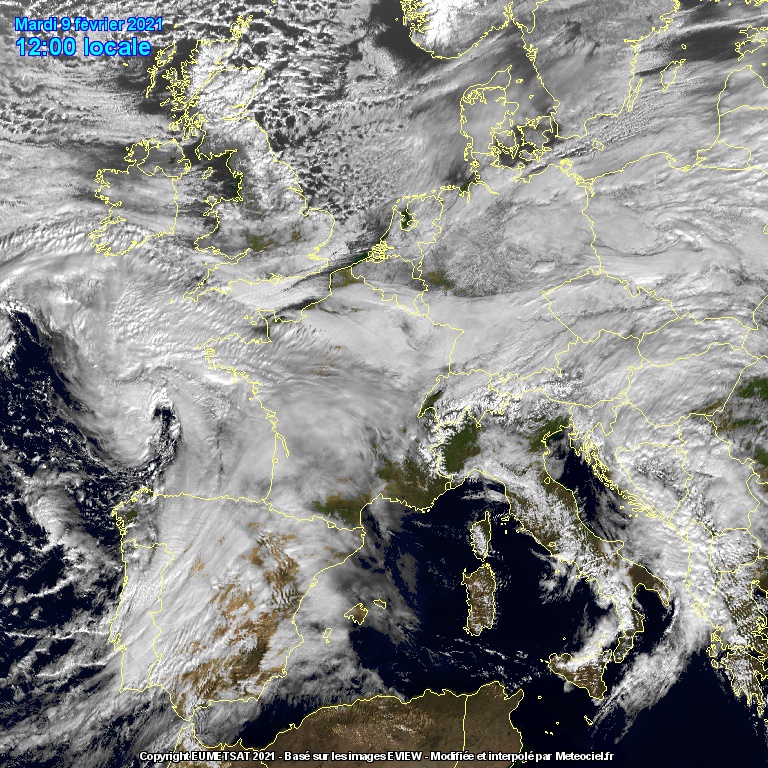