Satellite images always look superb when there is 'weather' happening and the current time no exception!

A fairly small but perfectly formed mid-latitude depression moved across the British Isles right on cue for the Bank Holiday. This cyclonic system is pretty standard fare over the north Atlantic, and is typical of weather systems in the middle latitudes around the world, hence the name. The rotation of such a system is just mirrored in the southern hemisphere.

A frontal system is wound up around an area of low pressure. Thermal contrasts of the air over the north Atlantic set in motion condensation processes, building rain bearing clouds. The view below from Monday afternoon showed the centre of the low off Northern Ireland, whilst a cold front was moving over Wales, followed by drier and clearer air. An occluded front over Ireland produced further areas of heavy precipitation. 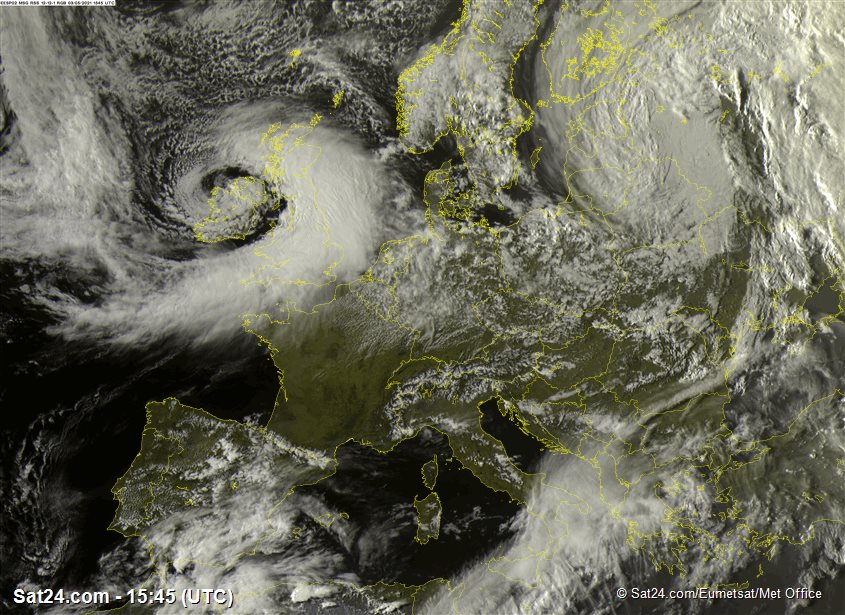 An occluded frontal system occurs once the temperature differences balance out, and it begins to decay, but there's still enough going on to drive precipitation for a while longer!

Also, as seen from Tuesday's image below, following in the wake of the low has come a lot of showers.

These are formed by a different atmospheric process. Rather than dynamically driven temperature contrasts at the surface which produce weather fronts, showery weather relies on convection - triggered by vertical temperature contrasts. Some of our previous MWIS blogs discuss the concept of instability in the atmosphere - we've got plenty of that around this week!

Very cold air above our heads encourages air to rise to form thundery downpours with hail. Showers are generally speckled in nature, but a local convergence zone over northern England produced some more organised downpours on Tuesday afternoon. 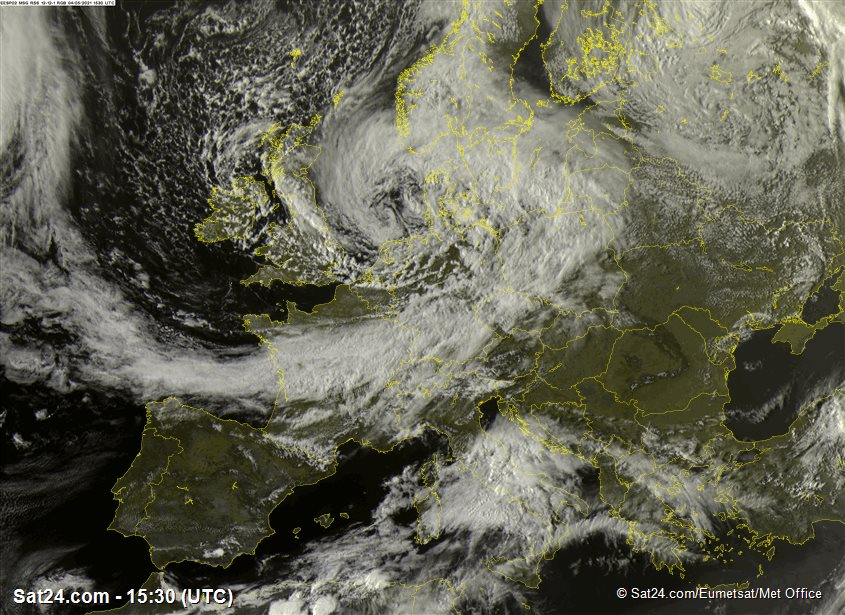 The really notable thing about the current weather pattern is the cold air which is affecting our part of the world. We seem reluctant to shake off chilly air masses existing over the north Atlantic and Norwegian Sea, and the default weather 'mode' of this season has been a north or northwesterly type.

High pressure is currently a strong feature around Greenland, forming a blockage which extends out around Iceland. This is helping to steer the jet stream and Atlantic weather systems further south into Europe.

The month of April saw the lowest average minimum temperatures UK wide since 1922, and only two Aprils have had lower average night temperatures in the record books which go back into the late 1800s.

And we're not done with the chill during this first week or so of May. More frosts, and more mountain snow is still in the forecast. We're watching developments into the weekend, as the next Atlantic low bumps into chilly air and brings scope for further extensive upland snow in the Highlands, whilst milder air moves in further south.

We do get the odd snowy episode in late spring quite regularly, but the current extent and persistence of snow on the mountains for this point on the calendar is something we've not seen in recent history. Tuesday's webcam views from the top of Glencoe ski centre, plus Great Gable below, are looking decidedly wintry. Interesting times! 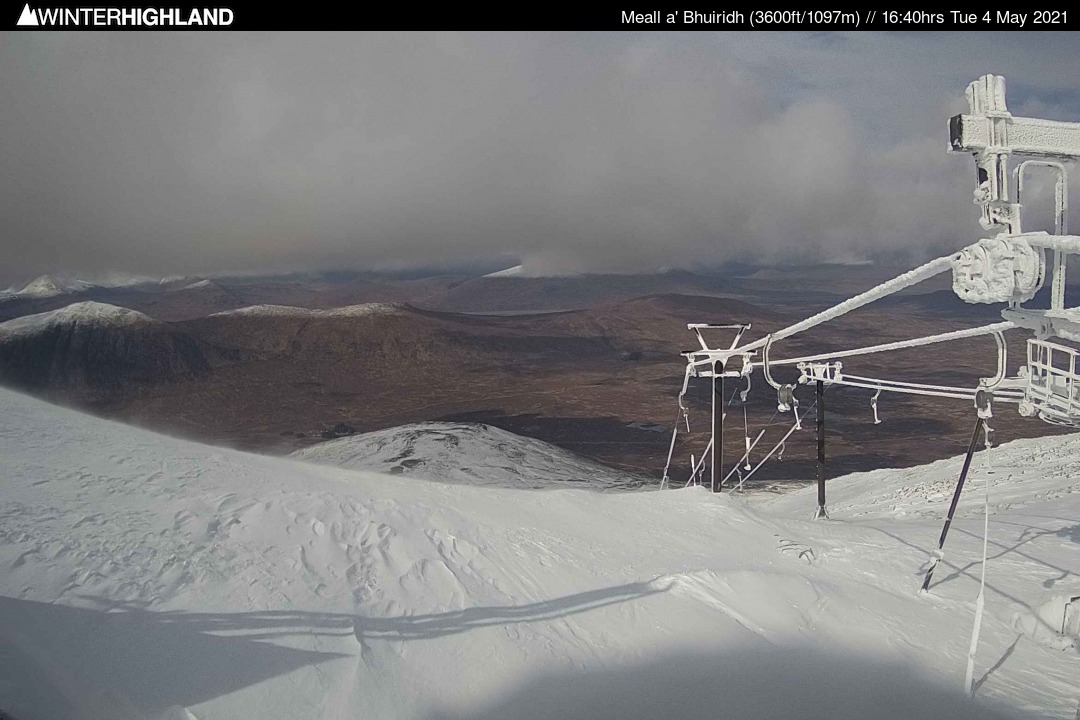 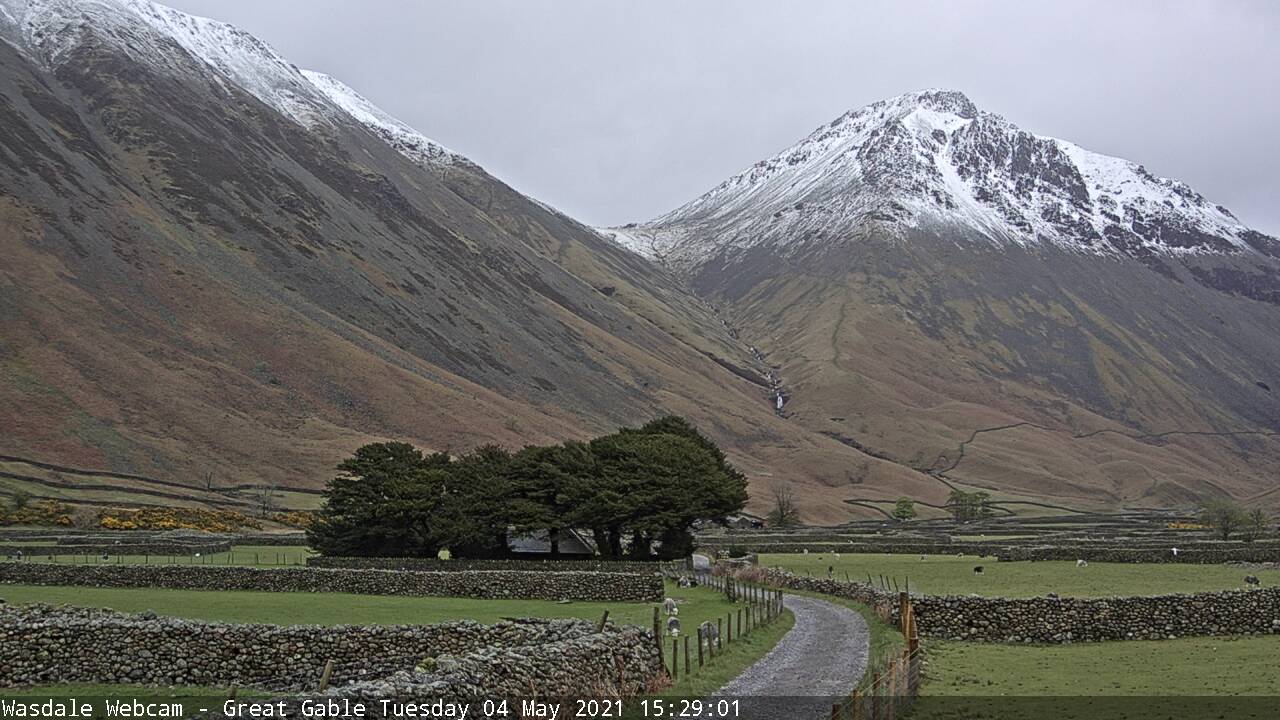