Seasonal ups and downs on the mountains

The chart below shows the daily maximum and minimum temperatures recorded on Cairngorm summit at 1245m elevation during 2020 from January to the start of August. 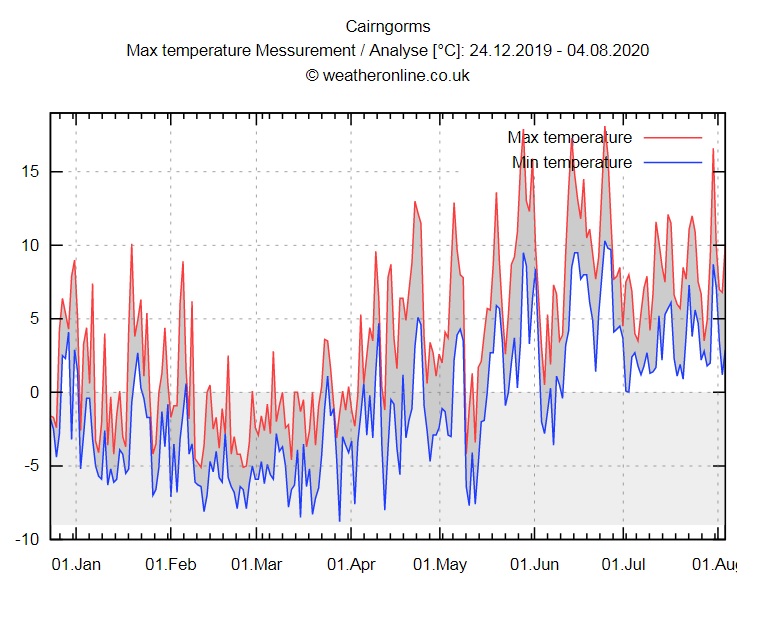 It highlights the mild start to the year, followed by a sustained wintry spell through February and March, where temperatures rarely climbed above freezing on the summit.

Things warmed up through April, although there were some marked variations, with some distinctly chilly values at times, and a notable cold spell in early May as northerly winds moved in for a time.

Late May brought some of the warmest temperatures this year reaching 18C at times, but by early June it was wintry again on the tops, as a northerly wind returned. A decent warm spell follows through June, but July shows generally cool temperatures, only occasionally making it above 10C as we were stuck beneath cool west or northwesterly airflows during the past month.

Things finally warmed up at the very end of July, with a high of 17C on the summit. Even this was only a one-day wonder, because the early days of August have taken things back into single figures.

Our temperatures are very much at the mercy of prevailing the air masses at any point in time, either from tropical or polar climes, continental or oceanic sources. Last week's big southerly plume fetched the air directly from Spain, but was soon pushed away again by fresher Atlantic air.

This continual back and forth pattern gives us our classically variable and generally 'equable' British weather with fairly moderate 'extremes' - that is, compared to continental interiors of North America or Eurasia, which see huge winter to summer variations from deep freeze to blistering heat.

You can see the seasonal trends at play on a chart like this, but it also highlights the marked variations within the seasons just from one day to the next!

It wasn't just Britain which saw a disappointing July. The prevailing cool westerly patterns also extended across Scandinavia into eastern Europe and western Russia, with below average temperatures as shown here for the past 30 days.

For the UK as a whole, mean temperatures for July were around 1C below the 30 year averages of 1981-2010, whilst maximum temperatures in northern England and Scotland were up to 1.5C below expectations.

So if you've felt short-changed of proper summer weather recently, you'd be very much correct! 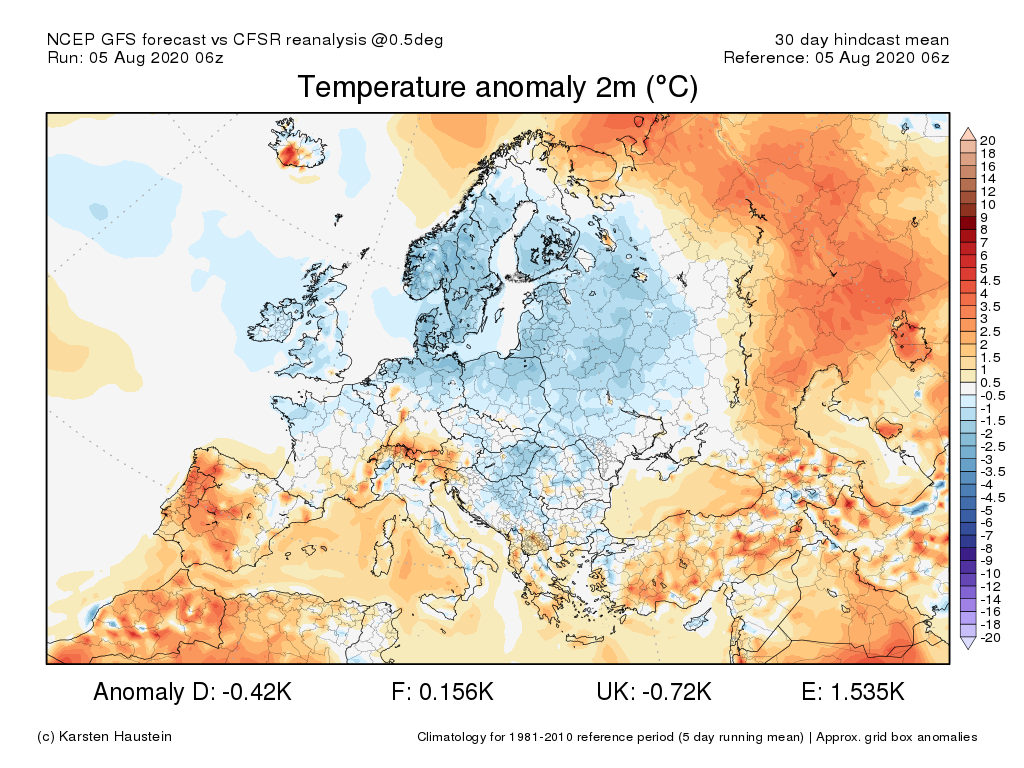